Okay so, off the bat, Iâm not interested in rehashing what Iâve seen other people saying about Secret Lair. Iâve seen every viewpoint from people saying theyâre a godsend to people claiming itâs the end of magic, and Iâm pretty tired of all that. Still, I want to talk about what Secret Lairs represent in a more meta context as well as some further things I havenât seen brought up yet.Â  If thatâs not your bag, thereâll be a TL;DR at the end since I know this topic has been beaten into the ground.

I want to start with my favorite thing about Secret Lair and really the main reason Iâve actually purchased a few -- the art styles. Unlike in the olden days, Magic has a well-cultivated art style. Sure, we still get a few off-the-wall pieces, but mostly Magic art has a pretty consistent vibe. Secret Lair has allowed for cards with art that would never be printed on these cards to come into existence, and thatâs awesome! My favorites have been Party Hard, Shred Harder, Faerie Faerie Faerie Rad, and Full Sleeves. Some people might be a bit skeeved out by the odder art, specifically I saw a lot of hate for the Box of Rocks drop. Honestly, I believe that Magic art should come in all kinds and this sort of experimentation is awesome! New artists and styles can help attract new people to the game and provide new windows into the world of this game we all love! The reason I adore these wildly new art styles is the same reason I love the Faithless Looting art from Mystical Archive! At the end of the day, this new essence can only strengthen the game!

After my gushing about the art, letâs get a bit more gritty. Buying a Secret Lair is essentially buying singles from WOTC, and lots of people feel a lot of ways about that. I think itâll help the game in the long run, but not the way itâs handled now. Let me explain. See, I love this game to death, but itâs really expensive. To play Magic at tournaments, or higher levels in general, you need to be willing and able to drop hundreds, if not thousands of dollars on cardboard. Secret Lairs often have cards that are a bit more pricey packaged together for a much cheaper price than normal. However, this isnât always true and sometimes the cards included are kinda...well...bulk. I think that Wizards should start using Secret Lairs to get reprints into the hands of those who need them, new players looking for a point of entry! Imagine a line of Secret Lair:(Deck Type) where each lair had cool alternate art of staple cards for different archetypes, how awesome would that be!
Still, the main problem with this sort of single selling is that price point. For every well-priced lair there are the pure bling ones, like those Full Text Basic Lands. I mean sure theyâre funny, but are they 40 bucks for just five lands funny? You can get lands for free, as many as you want if you ask nicely. Beyond just the lands some drops just donât justify the pricing. Once you get that hammered out, this seems like a total win to me.
Â Are you ready for my most controversial Magic opinion ever? Secret Lair: The Walking Dead isnât all that terrible.

Before you obliterate me though, please allow me to explain. First things first, the only really bad thing about the Lair was that those cards became legal in Legacy. That was stupid given their scarcity and the fact that Legacy doesnât allow proxies. Commander on the other hand, just print that thing out, my dude. That aside, we Cardsmiths should be excited about this Lair Drop. Why you might ask? Well, dear friend, that little triangle mark means that there is now precedent for cards from ancillary products (Like Secret Lair) to enter the game without being traditionally legal first. This opens up the possibility of something similar to those guest creator cards from Magic 2015. Now Iâm not saying that we Cardsmiths would get to make some, I mean we can hope, but it does mean that we could get some really sweet and unorthodox designs in the future if they decide to go that route.
But then again, thatâs assuming they actually utilize this and donât just let it rot, in which case Secret Lair: The Walking Dead sucked.

Well, thatâs it for this month folks, hope you enjoyed it. Before fully wrapping up I want to announce that Iâll be going away to work this summer, so the next three articles are prewritten. I think youâll like what I have in store!
What do you think of Secret Lair? Let me know in the comments below! You can also find me on Twitter @East2Westmtg or email me at East2westmtg@gmail.com.
As always Iâve been East2West, your resident Secret Lair shell out and WOTC community plant, and Iâll see you guys on the battlefield!
May 17, 2021 by East2West
comments powered by Disqus 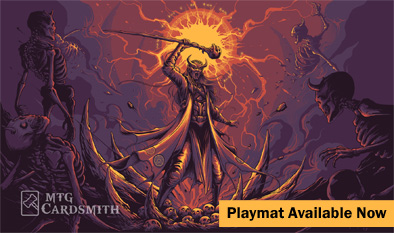