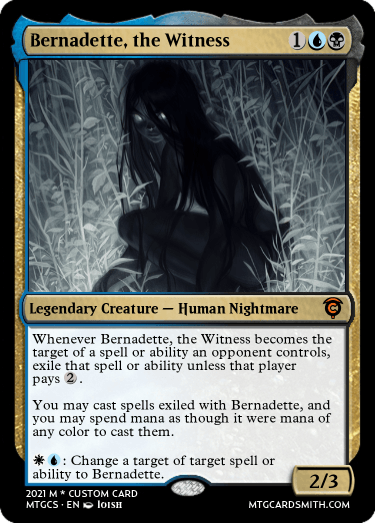 Whenever Bernadette, the Witness becomes the
target of a spell or ability an opponent controls,
exile that spell or ability unless that player
pays {2}.
You may cast spells exiled with Bernadette, and
you may spend mana as though it were mana of
any color to cast them.
{w}{u}: Change a target of target spell or
ability to Bernadette.

Support MonkeyPirate2002's creations
with a gift of Premium Membership!