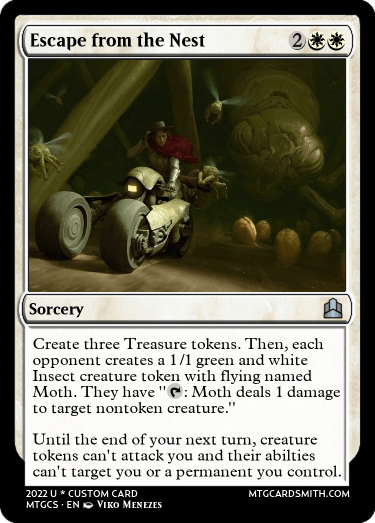 Escape from the Nest

Create three Treasure tokens. Then, each opponent creates a 1/1 green and white
Insect creature token with flying named
Moth. They have ''{t}: Moth deals 1 damage
to target nontoken creature.''
Until the end of your next turn, creature tokens can't attack you and their abilties
can't target you or a permanent you control.

Support ShelkoDeux's creations
with a gift of Premium Membership!