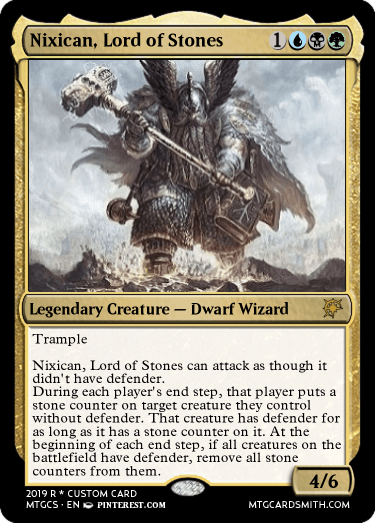 Trample
Nixican, Lord of Stones can attack as though it
didn't have defender.
During each player's end step, that player puts a
stone counter on target creature they control
without defender. That creature has defender for
as long as it has a stone counter on it. At the beginning of each end step, if all creatures on the battlefield have defender, remove all stone
counters from them.

Support AkashaZevalon's creations
with a gift of Premium Membership!