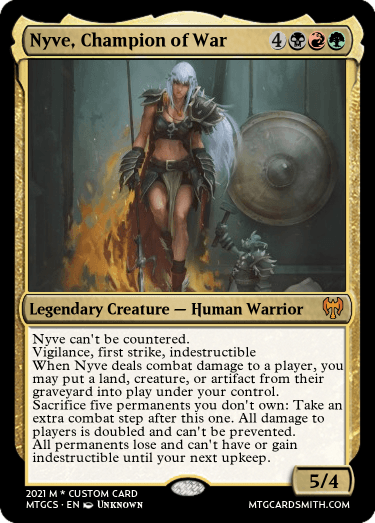 Nyve can't be countered.
Vigilance, first strike, indestructible
When Nyve deals combat damage to a player, you
may put a land, creature, or artifact from their graveyard into play under your control.
Sacrifice five permanents you don't own: Take an
extra combat step after this one. All damage to
players is doubled and can't be prevented.
All permanents lose and can't have or gain indestructible until your next upkeep.

Support Biolante2's creations
with a gift of Premium Membership!