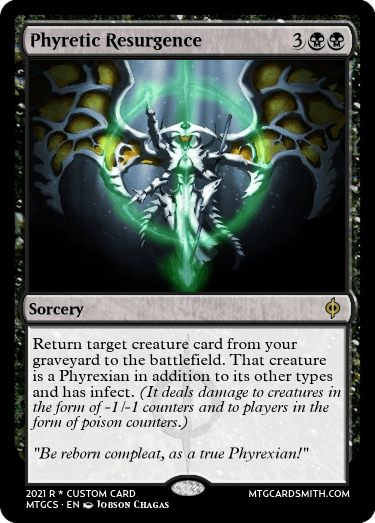 Return target creature card from your graveyard to the battlefield. That creature is a Phyrexian in addition to its other types and has infect. (It deals damage to creatures in the form of -1/-1 counters and to players in the form of poison counters.)
"Be reborn compleat, as a true Phyrexian!"

Support Ranshi's creations
with a gift of Premium Membership!