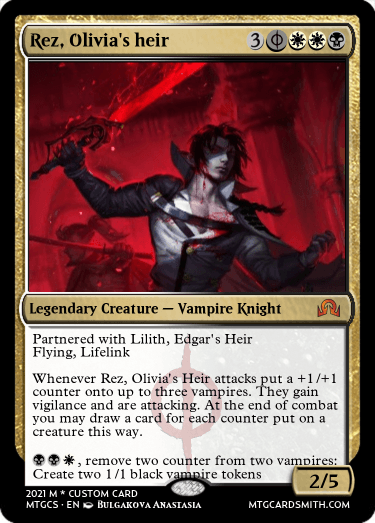 Partnered with Lilith, Edgar's Heir
Flying, Lifelink
Whenever Rez, Olivia's Heir attacks put a +1/+1 counter onto up to three vampires. They gain vigilance and are attacking. At the end of combat
you may draw a card for each counter put on a creature this way.
{b}{b}{w}, remove two counter from two vampires: Create two 1/1 black vampire tokens

Support Rezzo88's creations
with a gift of Premium Membership!