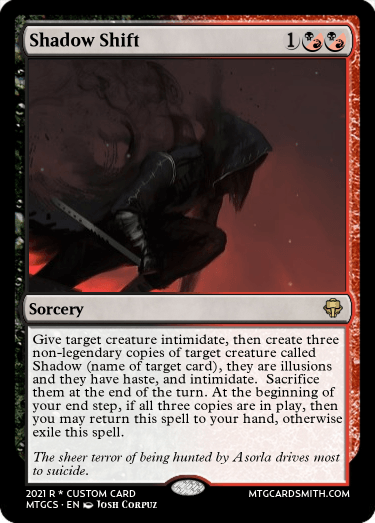 Give target creature intimidate, then create three
non-legendary copies of target creature called
Shadow (name of target card), they are illusions
and they have haste, and intimidate. Sacrifice
them at the end of the turn. At the beginning of
your end step, if all three copies are in play, then
you may return this spell to your hand, otherwise
exile this spell.
The sheer terror of being hunted by Asorla drives most
to suicide.

Support Tonysparks's creations
with a gift of Premium Membership!