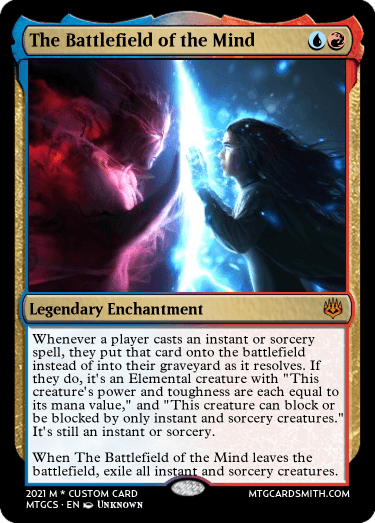 The Battlefield of the Mind

Whenever a player casts an instant or sorcery
spell, they put that card onto the battlefield
instead of into their graveyard as it resolves. If
they do, it's an Elemental creature with "This creature's power and toughness are each equal to
its mana value," and "This creature can block or
be blocked by only instant and sorcery creatures."
It's still an instant or sorcery.
When The Battlefield of the Mind leaves the battlefield, exile all instant and sorcery creatures.

Support FangQuil's creations
with a gift of Premium Membership!