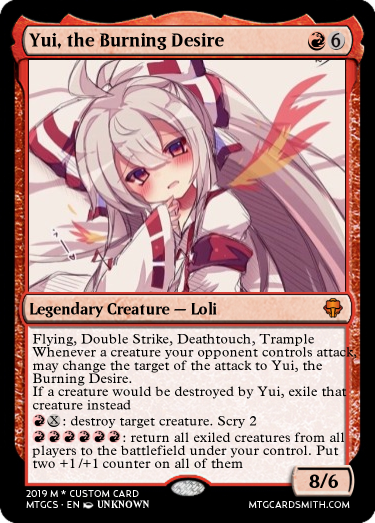 Flying, Double Strike, Deathtouch, Trample
Whenever a creature your opponent controls attack, you may change the target of the attack to Yui, the
Burning Desire.
If a creature would be destroyed by Yui, exile that creature instead
{r}{x}: destroy target creature. Scry 2
{r}{r}{r}{r}{r}{r}: return all exiled creatures from all players to the battlefield under your control. Put
two +1/+1 counter on all of them

Support Joe_Mama's creations
with a gift of Premium Membership!